Douglas McIntyre was recently featured in The Herald Scotland in an article written by Simon Bain about pension planning.

“THE new freedom to access pension pots is tempting hundreds of thousands of people to consider transferring their supposedly ‘gold standard’ final salary pension into a pot they could cash in.

Almost 10 per cent of employees approaching retirement are interested in trading most or all of their final salary pension, a further 11per cent would be interested in exchanging half of it, and another 24 per cent less than half of it, according to research by Towers Watson.

Since April last year, Chancellor George Osborne has not only loosened the restrictions on pensions but cut the tax bill for passing them on to dependents. It sounds like a tempting proposition. But would it make sense?

I decided to put it to the test by investigating my own principal pension, which I paid into between 1981 and 2003.
First, I asked the scheme’s trustees for a ‘transfer out member statement’.

It offered me a transfer value of £245,866 – a tidy sum to convert suddenly into cash. But closer inspection shows the full value of the pension is actually £353,774.

Like so many schemes, this one is in deficit, and that usually means reductions in transfer values – in this case one of 30 per cent.

The pension I will be offered on retirement, of £12,466 a year, is based not on the transfer value but on the full value of the fund.

According to Douglas McIntyre, of Glasgow­-based Loch Fyne Financial, who analysed the figures, if I were to transfer the value offered into a personal pension, I could get an annuity from the Prudential paying me £4,834 a year – barely a third of my guaranteed pension from staying put.

In order to make up the difference, my personal pension pot would need to be invested in skyrocket assets that earned a 280 per cent return, he says.

If I were to transfer, I could then withdraw an automatic 25 per cent lump sum, which would be worth £61,466. That would be tax­free – but not so the rest of the pension.

By staying put, I would still have the option of a tax­free lump sum, and in my case I would be offered £53,818. That is actually only 15 per cent of my full value pension, rather than 25 per cent – schemes can set their own level.

The trade­off would be accepting a reduced yearly pension of £8,072 – but that would still be more than double the £3,625 I would get from an annuity, if I were to transfer then take the lump sum.

So my extra pension would make up the gap between the two lump sums in less than two years.
In a survey by Hargreaves Lansdown, two ­thirds of people said they would definitely not consider a transfer and 80 per cent of those cited one big reason: guarantees.
I found three­ quarters of my pension has a minimum guaranteed rate of increase every year of – wait for it – five per cent. The rest is linked only to RPI inflation, but I’m not complaining.

The other feature not to be sneezed at is a widow’s pension.

That is guaranteed at £6,233, or half the full pension, whether or not I opt for the lump sum and reduced income.

Mr McIntyre says not all schemes will look as attractive.

“In quite a lot of schemes there is state pension offset – it might pay you £10,000 a year from age 60 but from 65 when you start getting state pension they will reduce that by a little bit.”

Schemes might also decide to improve their solvency by making lump sum payments less generous, increasing how much pension you have to give up for each £1 of lump sum.

“Most people will still want tax­free cash because it is the one time in their life they will get their hands on 100 grand or 50 grand,” Mr McIntyre says. But the remaining pension could be restricted, with a limit on index­linking or “escalation”, typically to a maximum of 2.5 per cent.

“If you get 3 per cent escalation, that would still be really good,” Mr McIntyre says.

It is pensions based on older service – dating back to times of high inflation – which will often include ‘guaranteed minimum pension’ (GMP) offering generous escalation rates, as in my scheme.

“These are things that money can’t buy,” Mr McIntyre says. “Not every scheme has GMP in it.”

Those that do tend to be public sector and larger private schemes, which ‘contracted out’ from the second state pension, and had to put their own guarantee in place.

For people who do transfer their pension, and then decide to tap it for a gradual income through ‘flexible drawdown’, a key issue is what annual return the pot can be expected to make to prevent your capital draining away.

Mr McIntyre says 4 per cent is viewed as a realistic maximum.

For people who do not need the income from a final salary pension, perhaps because they have other pensions, one advantage of transferring it out is that it can now all be left to dependents. Since April 2014 that passing on has been tax­free up to age 75, then subject to a 55 per cent tax rate.

Mr McIntyre says: “There are factors that might make you look beyond the unbelievably attractive benefits of escalation, guar­anteed pension for life, and the safety and security of avoiding investment risk and the scary world of volatility.

“The tax advantage may be one.” Others could be your state of health and life expectancy, and your tax rate, which will affect any drawing down of a pension pot.

Government rules now insist that anyone considering a transfer of a pension above £30,000 has to obtain a transfer value analysis (TVAS) from a specialist firm, which will probably cost at least £1000.

Two external factors might also be considered, says Mr McIntyre. One is whether your pension scheme is solvent, or is likely to end up in the Pension Protection Fund, where a maximum 90 per cent of promised benefits will be paid.

The other is political. For instance, the change in the taxation regime last year could change back again in the future.”

This article was written by Simon Bain, Business Correspondent/Personal Finance Editor, and published in 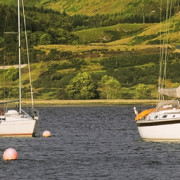 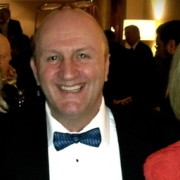 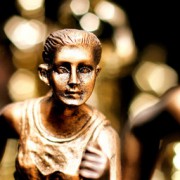